Installation of these airfoils is the same as if you were using the RAF48 templates supplied with your KR builder's manual. These profiles have two sets of lines, one offset by .030", so that if you accidentally remove some of the outer line, you have the inner one to guide you toward a smooth transition. You can gradually correct the mistake using the inner "backup" line as a guide. All planform dimensions (like ailerons) are the same. The only big difference is that the aft spar is installed about an inch above the lower longeron, rather than directly on top of it. Use a solid block of 5/8" spruce above the lower longeron and between the verticals to obtain the proper spacing.

Ideally, the horizontal stabilizer incidence should be set at -.75 degrees of incidence (nose down) which is easily done by leveling the two h/s spars, and then shimming under the rear spar with a piece of 3/32" or 2.5mm plywood. I'm using the AS5046 on my plane, and although I've made my h/s adjustable (see http://www.n56ml.com/kmlht17.jpg), it's initially set to -.75 degrees as a starting point. (Note that this system is untested, so far). 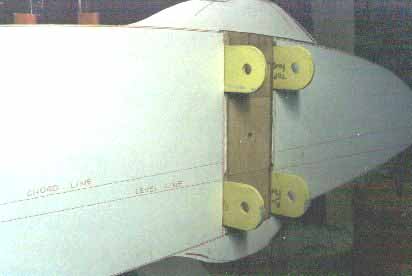 The correct way to set the wing incidence is to level the fuselage (preferably with a 2' level on the upper longeron centered between main and aft spar locations) with the main spar level and glued in place. Glue the templates to your rib plywood (aircraft grade 3/32" or 2.5mm) using spray glue. Cut out the templates using a bandsaw or jigsaw, but cut around the spars leaving the "humps" in place, so that the templates can be slid over the spars. Then glue two of the 48" templates onto the main spar about an inch from the fuselage ensuring that the "LEVEL LINE" is actually level. This will guarantee you a 1 degree root incidence. Slide the aft spar thru the aft spar cutout in the template, thruough the fuselage cutouts, and through the template on the other side. Your aft spar should be in exactly the right place now. Glue the aft spar in place into the fuselage, using the previously mentioned spruce spacers cut to the exact dimension of the gaps they are filling. After the spars have been securely epoxied into place, sand the "humps" off of the templates, and you're ready to either build wing tanks or fill with foam and glass. The rest of the wing construction is done exactly like the KR plans.

One problem that you will encounter with this new airfoil is that the aileron bellcrank, which didn't really fit into the RAF48 airfoil either, definitely doesn't fit into the more tapered aft end of the AS5046 airfoil. There are several solutions. I just moved my aileron bellcrank to the aft side of the main spar, and extended the pushrod. (See http://www.n56ml.com/99062754.jpg). 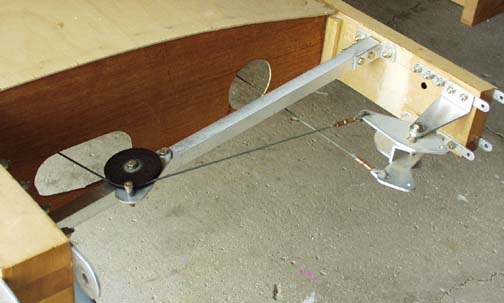 You can also easily move the bellcrank to the front side of the aft spar (along with all of it's pulleys), as shown here on Mark Jones' KR2S, but this limits wing tank volume, if you plan to build them in the stub wings. Others have flipped the bellcrank upside down and otherwise tweaked it to get it to fit the RAF48 properly, so I don't think it's a big deal to make it fit inside the AS5046 either. As for the AS5048, the stock bellcrank will easily fit inside the wing skin envelope. 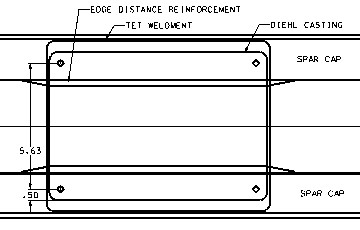 The only big difference when building the AS5048/15 is that it would be nice if you laminated spruce reinforcements to the bottom of the top spar cap, and to the top of the bottom spar cap where the Diehl gear attach brackets bolts to gain a little more bearing area on the spar caps. The gear brackets are about 6.5 inches tall, and the spar is 8.2, so you only have an inch of bearing on top and bottom. That's probably enough, but you might want to add a little more spruce. Just in case you don't have your gear yet, it is supposed to be mounted as close as possible to the fuselage.

While on the subject, make sure you don't epoxy your gear legs to the brackets until AFTER you sand the airfoil foam to contour. Otherwise the leg interferes with a large area of the stub wing's cross section and prevents achievement of the proper contour. Don't ask me how I know. 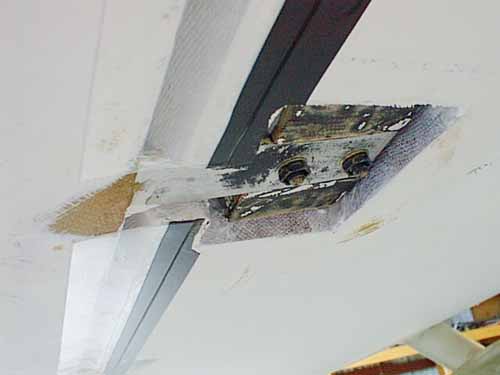 One thing we've learned about the AS504x airfoil series is that it's pretty sensitive to that huge gap that's created under the leading edge of the aileron. Climb is dramatically improved if that gap is sealed with mylar gaps seals as shown above on Troy Petteway's KR2. The photo shows the area around the aileron counterweight. The material to use is .010" thick Mylar film, which can be bought at Rideout Plastics at http://www.ecomplastics.com from Ridout Plastics, Inc., 5535 Ruffin Road, San Diego, CA 92123 (phone 858- 560-1551).

Probably the best solution though is to build the aileron like the plans using piano hinges, except round the lower edge which then "nests" up into a cavity formed by extending the lower wing's skin far enough to act as a gap seal.