KRnet is a free Internet mailing list devoted to helping KR builders and pilots to construct and fly their KR aircraft more safely and efficiently. This is THE place to get your KR questions answered. There are over 600 KR builders and pilots available to help you with problems that you may have concerning construction. It's a friendly group of folks who thrive on helping others. There are about 5-15 messages posted to the net each day. If you can't find it here, you're not gonna find it.

The first step to joining KRnet is to create a member account at the KRnet "Affinity" hosting site at https://list.krnet.org . You'll be asked for your email address and a screen name. After that's done, please send an email message to krnet-owner@list.krnet.org stating that you have signed up at a member at Affinity and are requesting to be added to the KRnet list. Along with this, please write a few sentences on who you are (name, address, and phone number), and why you'd like to join KRnet. This information will go no further than the list administrators (Mark Langford and John Bouyea), and is used only to root out spammers.

Please search the KRnet Archive for information on specific topics before posting questions to the list. It's considered poor form to join and start asking questions that have already been answered 100 times before.

Chris Pryce's Corvair powered KR2S on his first flight, coming in for a smooth landing.

Netherlander Stef den Boer's KR2S. He and his father have labored for years to create this gorgeous 1200cc BMW powered airplane. Photo is from an early flight with test pilot and Stef's father. See the link to their exhaustive website detailing the contruction of this awesome airplane. It' worth mentioning that only a few years ago, the fuselage was a KR2, and they stretched it very smoothly into KR2S length! 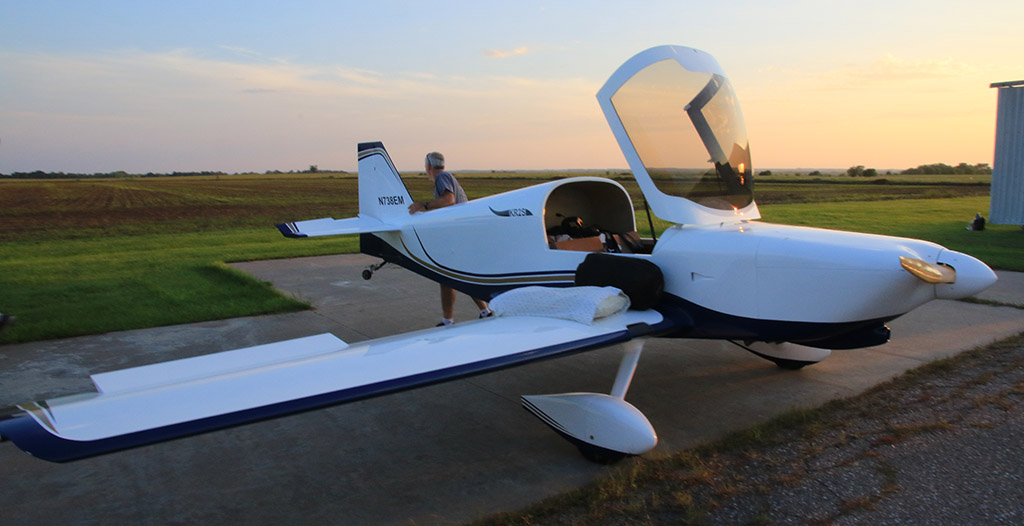 Roger Baalman's KR2S+ A>(it has an extra bay in the rear of the fuselage), as seen parking at Terry Chizek's BBQ in Marion Kansas. Roger's plane won the "Bronze Lindy" award at "Airventure" 2019 in Oshkosh, despite being well hidden behind a huge field of RVs. Congratulations Roger, job well done!

The "Official" 2022 KR Gathering will be held at "KMVN", Mount Vernon, Illinois on Friday September 8th through Sunday 10th, 2022, concurrent with the Light Sport Exposition. More details on the 2022 Gathering and registration for the event can be seen at http://www.krgathering.net, and a link to order shirts and hats, to be picked up at the Gathering. The die-hards will show up on Thursday the 7th, just to get a head start!

You can expect about 10-20 KRs to fly in for the Gathering, depending on the weather. 2007 was a record, with 21 flying KRs in attendance. This is THE place to put your hands on real KR aircraft, as well as talk to about a hundred other builders and pilots, so don't miss it! If you're light and lucky, you might just get a ride in one. You won't likely forget it soon either. The die-hards will arrive after lunch on Thursday, the 7th. For an idea of what you'll see at the Gathering, check the links below.

The next KR Builders and Pilots forum will be held at the Oshkosh forum area in 2022, probably on Monday morning at 11:00 (EAA schedule is still pending finalization). Mark Langford will lead the group in a discussion of issues concerning KR builders and pilots, including modifications, engine choices, first flights, etc. After the forum, attendees will be invited to look over the KRs that have flown in, which will likely be parked near Homebuilt Headquarters again.

The links below feature various KR projects under construction to provide some insight into the KR building process. There are also links to finished and flying KRs, just in case you need a little inspiration. You can also search the KRnet website for keywords: